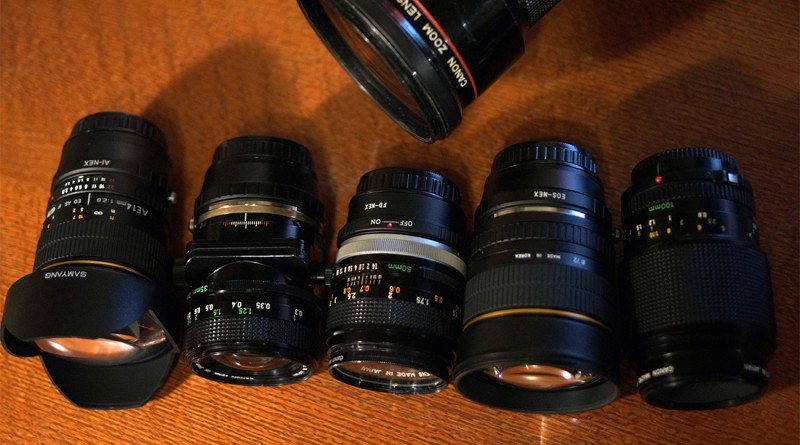 This article is based on my own views, tests, personal opinions and thoughts.
Don’t decided on buying a camera only because you read this article. Do your own research, try one out and decide by yourself which camera’s the right one for you.]

First of all, why manual focus when there’s a super high tech face recognition auto focus option?
The answer is simple, some people just like the feel of manual focusing, to be able to 100% control it and as well the whole procedure.
I am one of these people.
The first time I took a photo in my life was with a Canon F1 analog stills camera, which had of course at that time only manual focus. The lenses for this camera, as the canon FD and FD L series was and still are very good for manual focusing. They are built of iron and glass. The focusing wheels are silky smooth with an oily resistance. The focusing barrels size is bigger than the AF versions so that you can more easily handle and hit the right focus.

I have mostly been filming, all the way from super 16 film through the DvCam, Hdv, Xd cams to ssd data cameras like the RED and Blackmagic. On all these I’ve always, or let’s say 99% of the time used manual focus.
On the side I’ve been taking photos with various stills cameras, from the analog Canons and Lomos to digital Canons, Panasonics, Olympuses and Nikons.

The biggest issue I’ve had with the new digital cameras are the lack of a good focus assist. The second biggest issue has been with the new lenses, which are made for to be used with auto focus. the focusing ring is often made of light plastic and doesn’t have a smooth resistance at all, which is of course understandable. The auto focus engine couldn’t possibly be able to make quick focuses throughout the range if there’s any resistance.

So for me and for many others there’s always been the questions which stills camera to buy if you want to use older MF lenses from various brands. 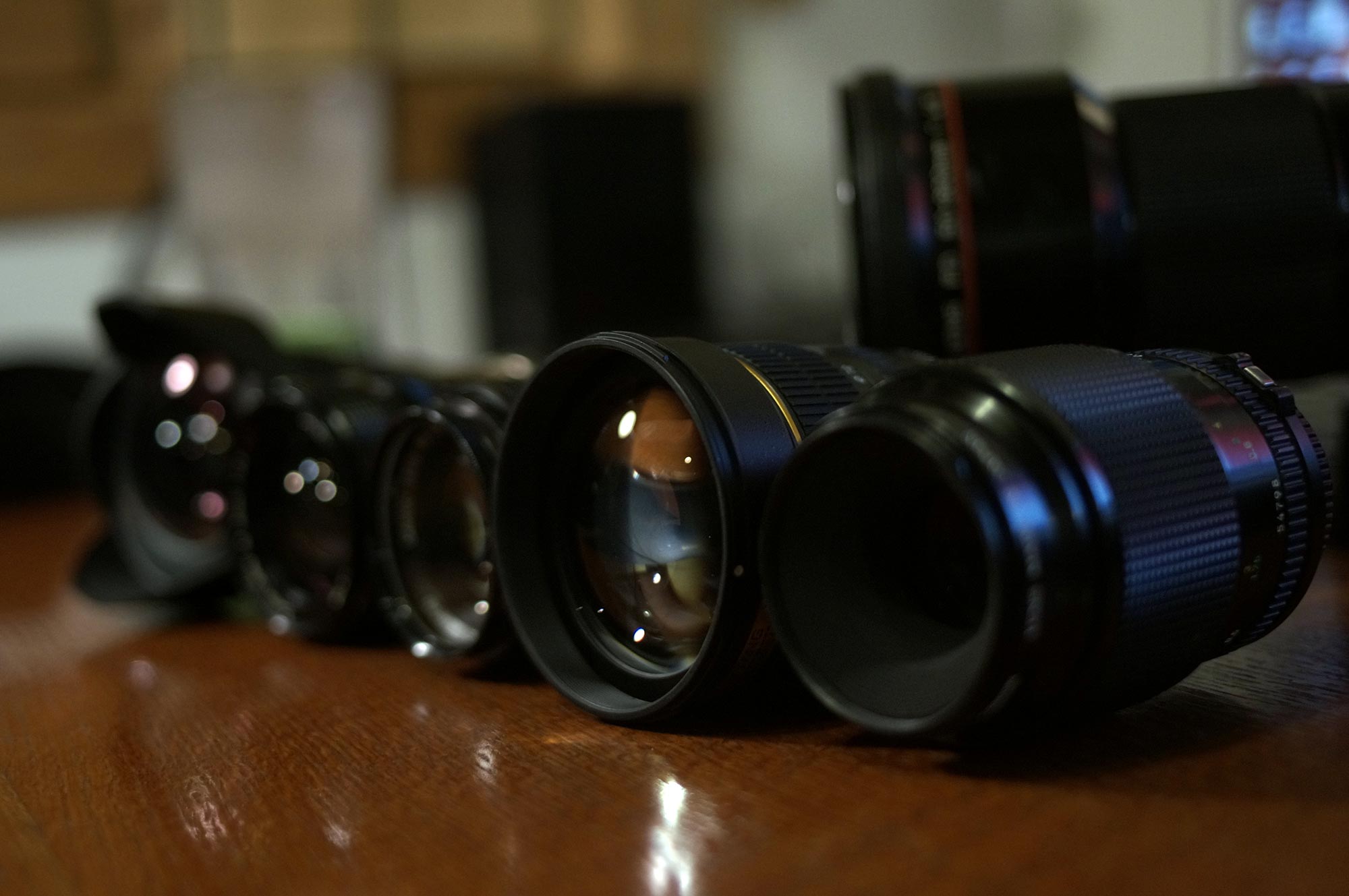 As commonly known Canon changed their mount when they switched over to digital systems. They had to increase the flange distance to be able to fit all the electronics and the sensor. This resulted in that the old Canon FD lenses can’t be used on the new bodies without an optical adapter or lens mount modification.
Optical adapters are expensive and you loose both light and quality by using them.
This is why many Canon users switched over to Nikon due Nikons “better” mount which could be adapted to the digital sensor without changing the flange distance. This means that all old Nikon lenses will fit on the new Nikon bodies.

Here’s some of the important specs which I were looking at when choosing my camera. Personal requirements for a manual focus digital slr camera:

– Focus assist (peaking, magnifying)
– Interchangeable lenses
– Short flange distance (to be able to adapt as many different lenses as possible)
– Full frame format (to get the nostalgic look, feel and the same size format as the analog film)
– Weathersealing
– Good handling.

Here are some of the different brands I was looking at:
– Nikon
– Canon
– Sony

At first glance the Nikon could seem like the best choice. It’s compatible with all the old MF nikon lenses and third-party Nikon mount lenses.
The biggest problem is the Nikons flange distance, it’s very long, it’s in fact one of the longest on the market, which means that if you go Nikon then you are limited to almost only nikon mount lenses. M42 might be the best know other lens mount which you can fit on a nikon camera without an optical adapter. Some of the old soviet lenses as the Helios and similar has this mount.
Nikon has as well “reverse” focusing. Which means that if you are used to use canon lenses, film lenses or most of the video lenses the focusing wheel now turns in the opposite direction.
This might not be a huge problem for people using auto focus, but for manual it is. 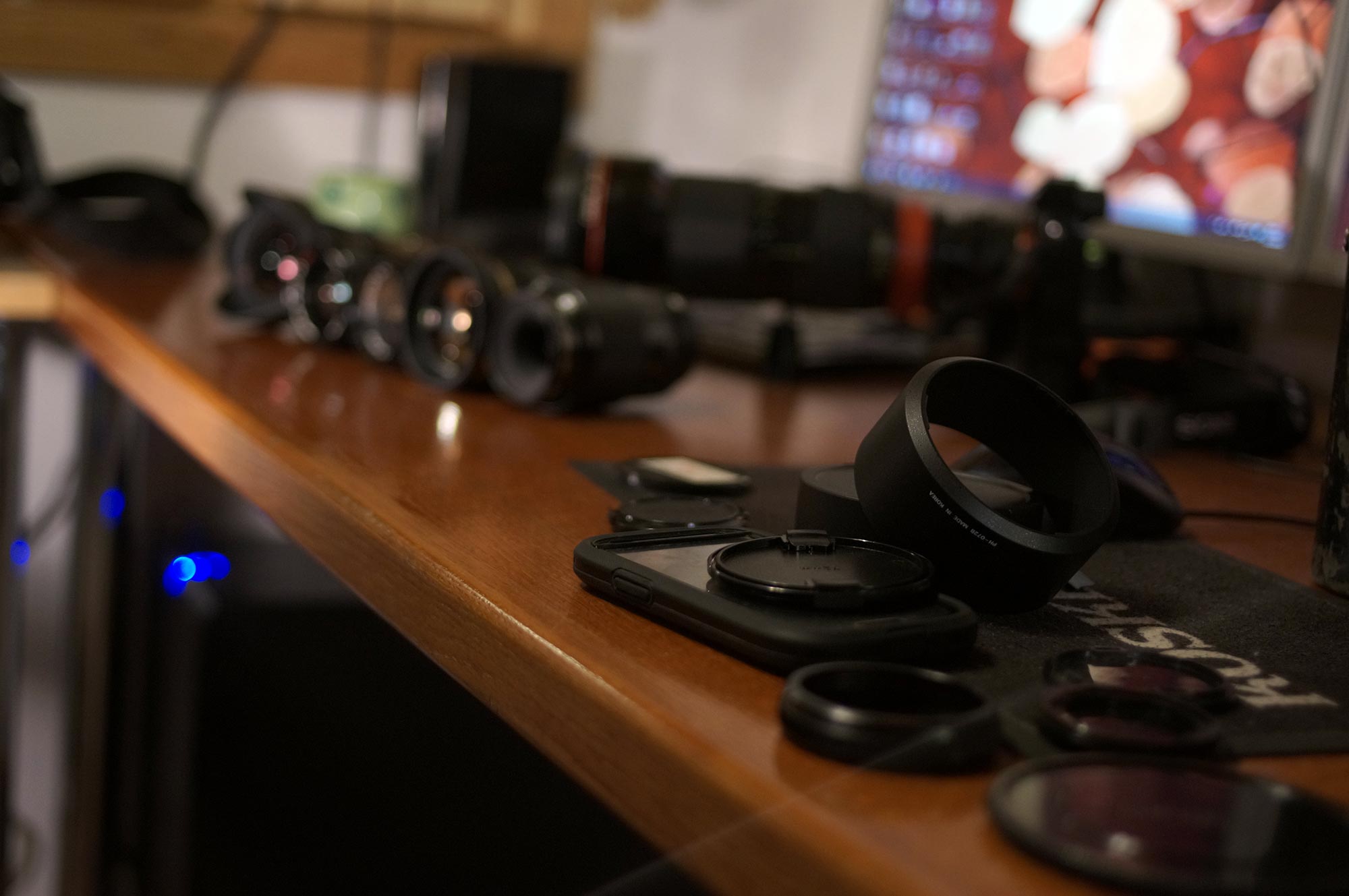 Canon might be a better choice then?
Let’s talk a little bit about the flange distance. It’s the distance between the cameras sensor and the last lens located in the rear of you lens. The reason why that changes between cameras are that they are built slightly differently. There needs to be space for the mirror flapping up and down when taking shots + all the electronics. Canon has a slightly shorter flange distance than Nikon which means that you can attach Nikon MF lenses on a canon mount without an optical adapter. It’s basically just a screw that makes your mount’s flange distance a bit longer to fit the other manufacturers lenses. If you try to fit a lens which is made for a shorter flange distance than your cameras body then you wont be able to focus to infinity. This is how the extension adapters work.

On a canon you can fit already a lot more different brands like the M42, Pentax, Nikon, Leica R and so on.
With magiclantern you are even able to get some kind of focus peaking and other assists. But only on your LCD screen

So personally I would choose Canon over Nikon.

But then we still have the mirrorless market. this is quite new for fullframe cameras. The pros with mirrorless cameras is that the flange distance is almost reduced to zero. Since there’s no mirror flapping up and down we don’t suddenly need the big space between the sensor and the lens anymore. The cons are that without the mirror it’s electronic viewfinder only, which is critical for manual focusing. On the other hand, we can then easily get magnifying, peaking, histograms and whatever information in the viewfinder as well.
Just recently Sony announced the Sony A7r & A7 which are both full frame mirror less cameras. They have naturally short flange distance and both peaking and magnifying integrated, no third party firmware needed. They are weather sealed and have the possibility to buy an additional vertical battery grip with controls for longer battery life and better handling. The body is a bit too small and light for my liking but by adding the battery grip it’s nearly perfect. The shutter button is positioned on top of the camera, more like the old analog ones instead of up in front as the Canons and Nikons are built today. It also features a step less half press shutter button which is a bit annoying in the beginning but you might get used to it.

With this camera you can attach any (as far as I know) MF lens which covers the full frame area with an non optical adapter worth around 20 euros which with you are of course able to focus till infinity.

I don’t shoot stills professionally, but timelapses I do. I decided on the A7r version because of the 36,4 Mpx sensor. Most of the timelapses I do is for movies that are shot in 4K. To have 36,4 Mpx is a very good thing for example cropping in to 4K and do a digital pan or tilt in the frame. Another very nice thing is if you do timelapses of northern lights, stars or other low light phenomena’s, you can now squeeze the whole 36,4Mpx frame down to 4K which will reduce noise issues by making the pixel smaller than they where originally.

The price is a good thing as well. It’s about 1700 euros excluding VAT, compared to similar cameras from other brands it’s about a third cheaper.

The A7 has better autofocus and less Mpx. but as you should know by now, it doesn’t concern me very much.

My overall favorite lenses are the old Canon FD:s They are quite cheap on Ebay and usually very good quality.

Pros:
– Flange distance
– Wide variety of lenses from other manufacturers can be adapted
– Focus assist
– Histogram
– Maybe the best electronic viewfinder I’ve ever tried, even though there’s seems to be a slight flicker in certain environments
– Very comfortable to use, at least with the battery grip.
– Very high resolution for post cropping or squeezing
– A lot of detail
– Weather sealing
– Aps-c size “sensor swap” feature.

And a lot more, which I haven’t been able to check out. Like the video mode, which this article’s not about.

Cons:
– No in body image stabilization
– No electronic shutter!?
– Battery life is not great, not even with the battery grip (about 1000 photos)
– When changing the shutter speed or ISO the menu showing what value you are using is blocking the histogram so you can’t see if the light is good or not.
– Even though there’s the option to charge your camera by usb you can’t charge it when using the battery grip.
– When charging through USB you can’t shoot with your camera. (this would have been a very handy feature because almost any sliders battery or v-lock dock has the possibility to power usb devices).
– The shutter buttons lack of half press stop

The Sony I bought, and until now I’ve been happy with my purchase, even positively surprised a couple of times.

This camera is going to go through a lot of work in the near future, in various places where cameras are pressed to their limits. Let’s see how it will last.

And as mentioned earlier. Don’t buy this camera only because you read this article, Do your own research and decide for your self which camera is the right one for you. I wrote this article in hope to get you an deeper understanding on what to consider when buying a digital camera for manual focusing.

Feel free to drop me a comment regarding this article, and if there’s some miss information or lack of detail, feel free to point it out in the comments below.