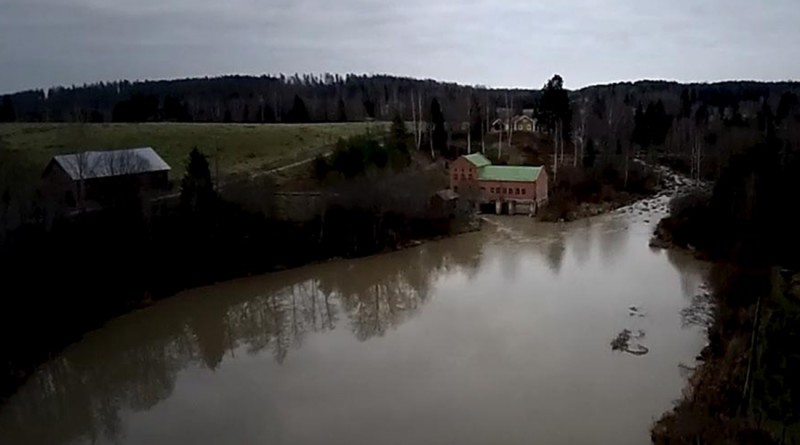 Quadcopters, multirotors, drones or whatever you want to call them has been on my mind for the past years. Already as a small kid I was thinking / dreaming about a camera that could be “weightless” flying freely around objects or following them. I would have liked to have one small camera that automatically would follow me on a certain distance rotating around me while I would do some kind of exercise like snowboarding or cycling. This might be possible in the near future. At the moment the multirotors has drastically come down in price and after a couple of weeks of thinking I bought my first drone. Nothing fancy, just a secondhand Dji Phantom FC40 what I found at the local flea market.

I have close to no experience with RC toys not to mention areal ones. Once I saw one guy flying a small RC plane in a park. That’s about it.

The Phantom comes equipped with the Naza flight controller which is almost too easy to fly. Already after a couple of flights I started to feel confident doing more brave maneuvers which of course led to many crashes. Now after flying more or less everyday for two weeks I still crash a lot. The reason for the crashes is not because it would be very hard to keep the done in the air. The problem is more that I really want to push the boundaries of my flying. If I don’t crash then I haven’t tried a hard enough maneuver. I’m surprised how well the Phantom handles crashes. So far nothing important has broke. The propeller guards I used the first days are now sadly in hundreds of pieces in a box. I even glued them back together a couple of times but now it seems they consist of more glue than plastic so I thought I could try to fly more cautiously.

After around 10 flights I connected the FC40 camera to the Phantom. This is the camera what comes with the drone. I didn’t expect this camera to be any good which I was happy about since I would otherwise been quite disappointed. The camera records in 720 (p?) at 29,97 fps only. I haven’t found anywhere settings for changing frame rates to 24 , 25 or 30. I won’t go into more detail about this camera since many has already wrote about it on their websites.

Even though the quality is bad there’s at least three good thing about it.
– It’s included in the package when you buy this drone
– The WiFi range is quite long, maybe around 100m?
– Since the camera is free and the quality is poor I don’t really need to care so much about it or cry very much if I make a bad crash and it breaks.

Areal cinematography has been present for a long time. I think I was around 10 when I first experienced it when my father flew a full size helicopter with his camera mounted under the landing gears.

The real reason I bought this quad was to have something to practice with. I’ve been planning to build a bigger one for the blackmagic pocket cinema camera which I could use in more professional productions. The price for renting professional pilots with equipment are very high. Just for a day or a week would not be a problem but since I’ve been planning to use one multirotor on almost a daily basis for a long period of time it’s the only possibility to own one myself. And of course also being able to fly it.

I’ve made a video with the Phantom fc40 together with it’s own camera. The reason for making this video was to have something “real” to focus on, testing what kind of shots could be done with this drone, it’s limitations and if I’m brave enough to fly expensive gear around the sky.

The result is not very good. Firstly the quality of the camera was bad, I tried to grade it but it falls apart instantly. Since I don’t have a gimbal there’s a lot of shaky shots which I’ve tried to stabilize with the warp stabilizator. Some shots work pretty well while others are skewing and bending badly.

I left all these flaws and grades in this video for trying to show as a realistic picture of what you might get with this setup. after some small tweaking.
This video is a test, even though it might look more like a short areal film. I just wanted to edit it a bit since I’ve gotten so bored watching all the flight tests on youtube where there’s not a single cut in 10 min

Everything is shot with the phantom FC40 with it’s own camera. Edited, color corrected and graded in premiere in it’s native codec and then encoded and exported to the Vimeo 720p 29,97 fps preset.