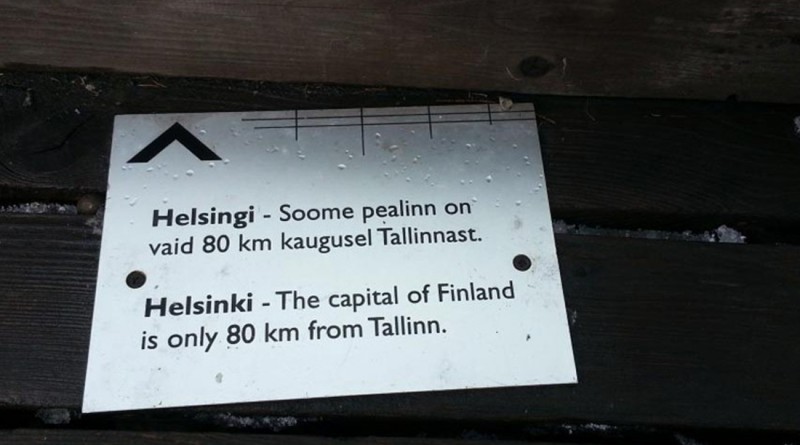 Today it is the 19th of may and it’s both my birthday and the 19th day of working on this project. We have been shooting around in Tallin on the streets as well as on the roofs. We try to shoot every scene with at least three cameras at the same time. The Sony EX3, Panasonic GH3 and the Gopro hero 3. Lot’s of threes there. for superslowmotion we have rented a Sony NEX-FS 700.

The Sony ex3 works like the main camera which Joosep is operating. Mostly he’s using the kit lens which has a good range from wide shots all the way up to about 400mm. My Panasonic gh3 is mounted on an old Canon FD lens. It’s an 150-600mm f5,6 L and due the Panasonics MFT sensor it equals 300-1200mm of field of view which is great for closeups. The Gopro works like an effect camera which we can control remotely with a smartphone. Great for crazy angles around the nest and and on the streets. 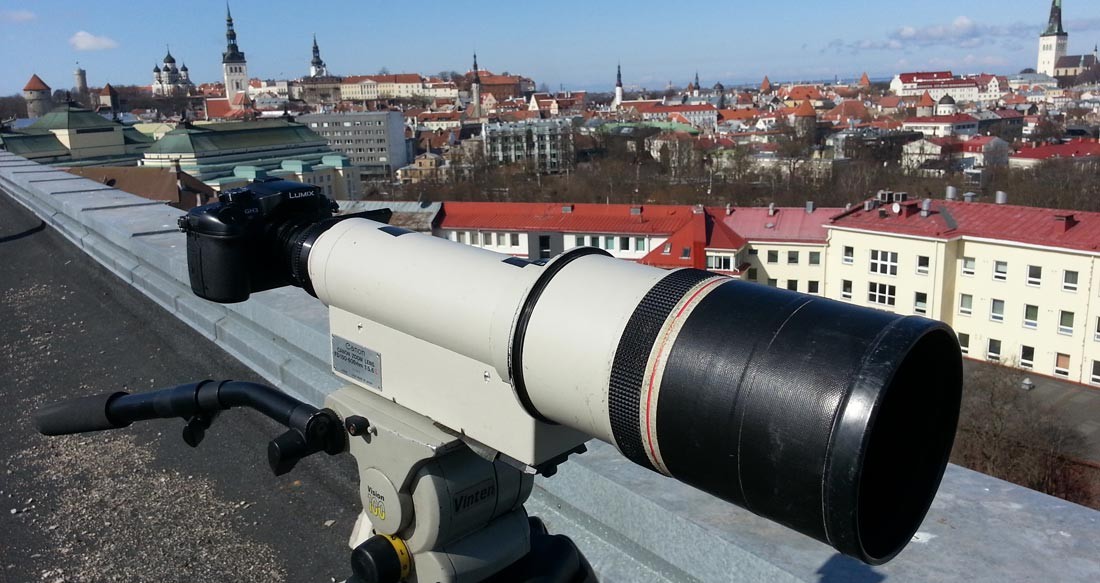 All three main cameras can be controlled remotely, even the ex3 with a specially built remote control box which works with infrared light. 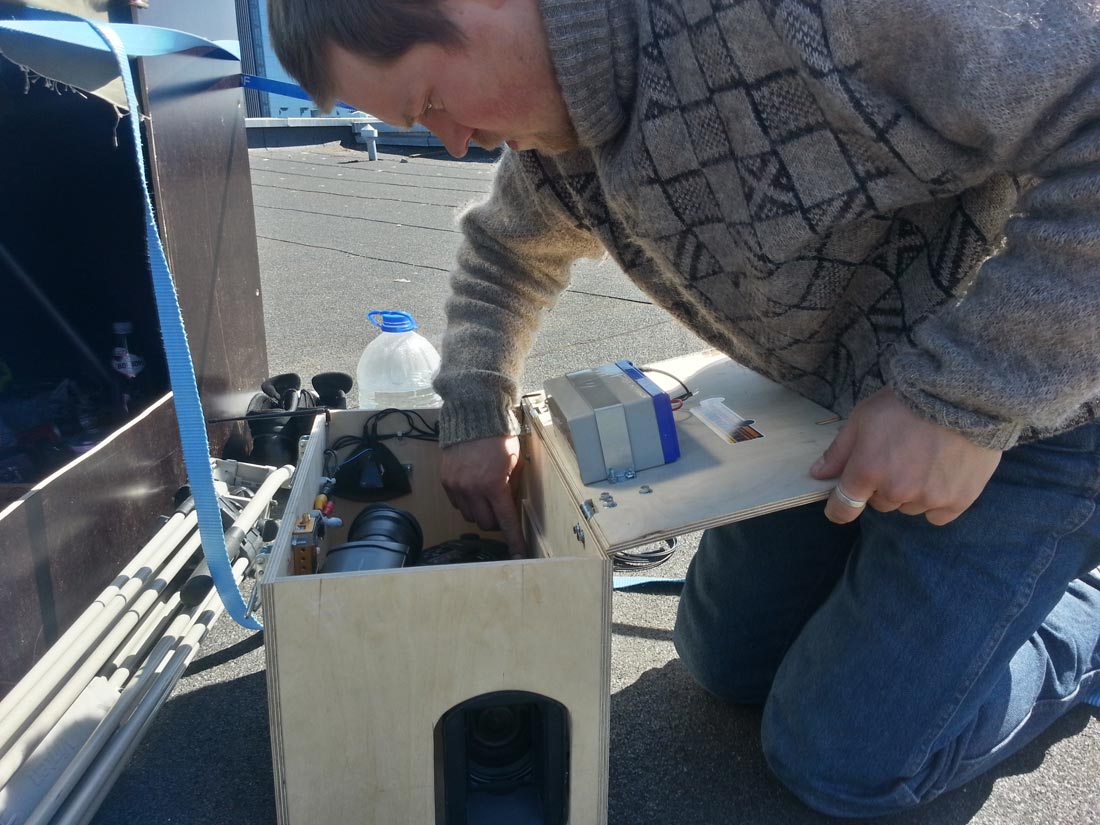 For to get the scenes, angles and events we want, we’ve been using mainly three different methods:

1. Camouflaging our selves and cameras with various tents and blankets. this works quite well as long as you sit very still. Even the flapping noise of the textiles in the wind can easily scare most animals away. If the gulls leave the nest-site, they will usually be away for a couple of hours. They are often sitting on a nearby roof checking if the coast is clear. That means that we have to sit more or less motionless under the textiles until they arrive again. 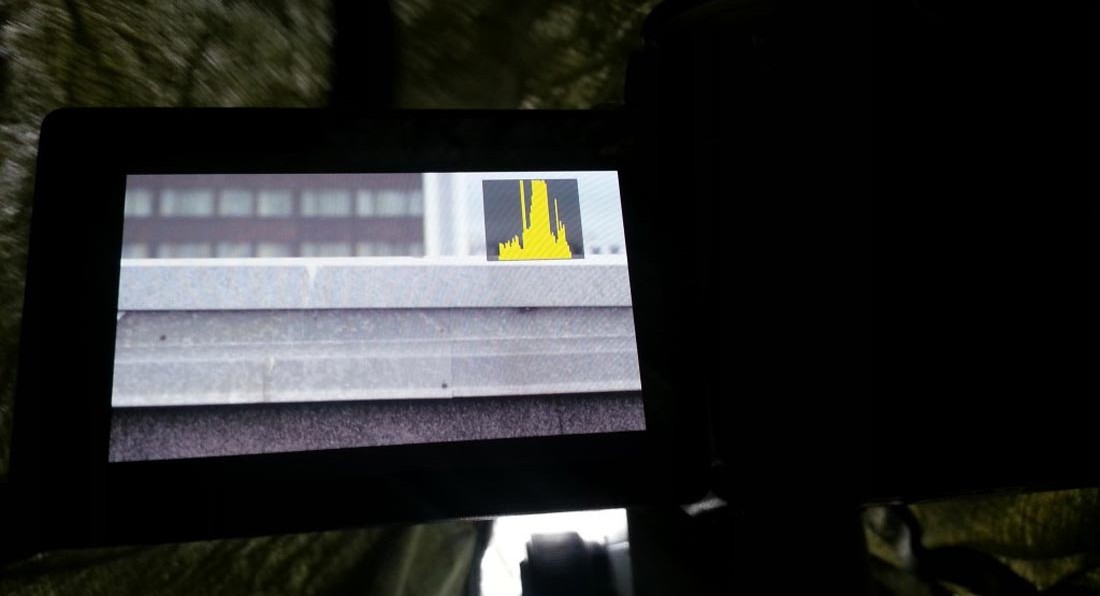 2. Trying to get the gulls used with us sitting about 15-20m from the nest. This works better now when they really have to lay on the eggs and they are more eager to return faster. The cons with this method is that you have to get the gulls trust and that certainly takes time as well (almost two weeks for us). Even if the they gets used to us the other animals wont. You can easily miss an important scene like when another gull or a predator who tries to conquer the roof and wont do it, just because they are too afraid of us. Lucky gulls… 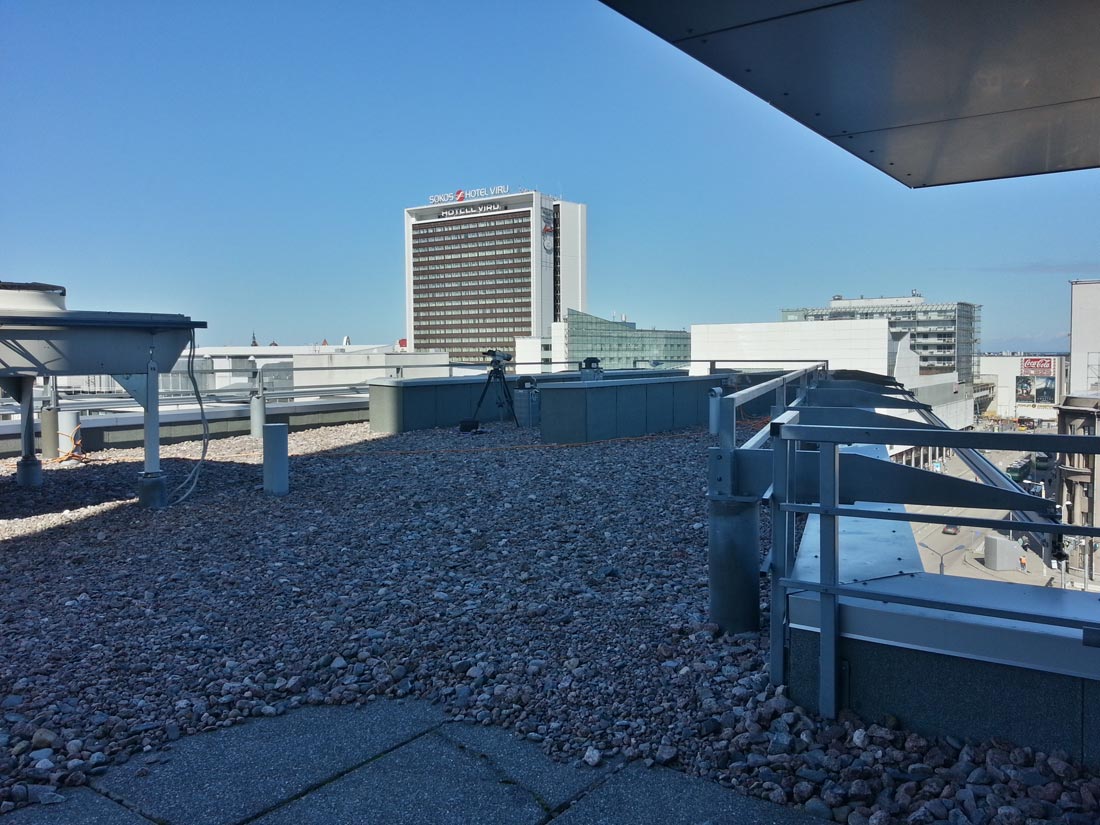 3. The last method we’ve been using is to build a hide out of plywood. The gulls and the other animals gets easily used to it because it fits very well in the city environment. (everything is square and plain and so on…) We have a little bit more room to sit than in the tent and we can even stretch our legs every now and then. The longest continues period of time we stayed in this hide was for three days. (another three again) To get the nest building, feeding and mating scenes. The cons with this method is that firstly you have to plan and build it which takes some time and specially money due the price of plywood. The biggest problem is to get permission to place it on a roof. It’s a bit risky with heavy winds blowing up there and if not attached correctly the whole hideout could blow away and break something or someone down on the streets. If the permission is granted the next step is to carry all the material up on the roof and that’s as well a pretty heavy work. 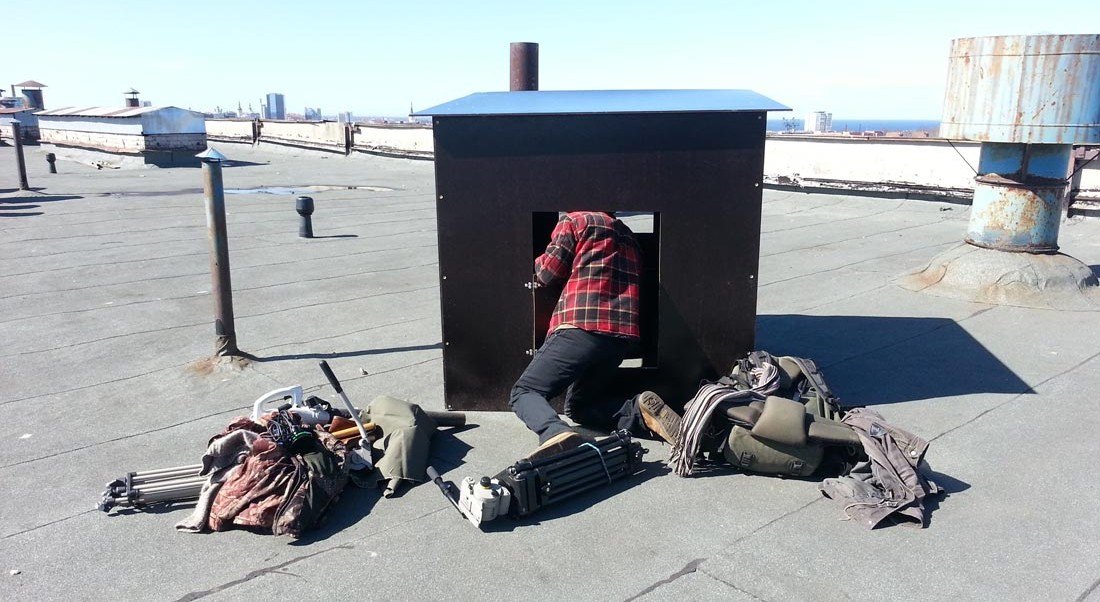 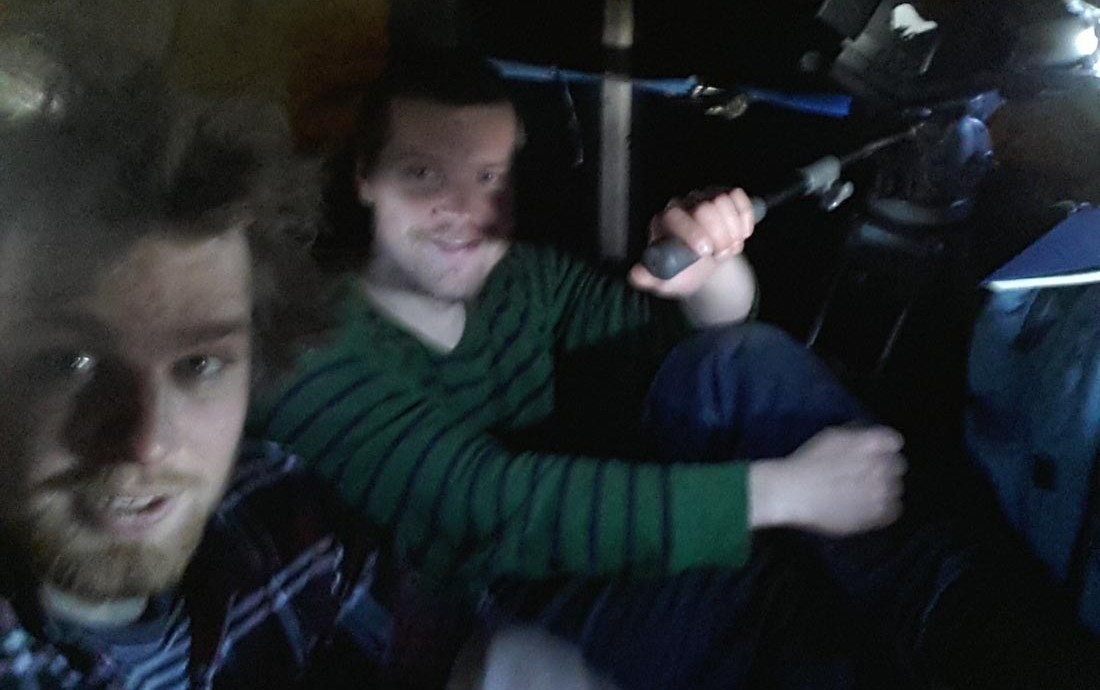 These 19 days I’ve been working here has been very educational. How to shoot wildlife in a city is of course one thing but already how to get access to the roofs, learning the gulls behavior and also working with super tele lenses in a new environment. All in all it has been very fun, you always learn something new everyday. I’ll update more when I have time.