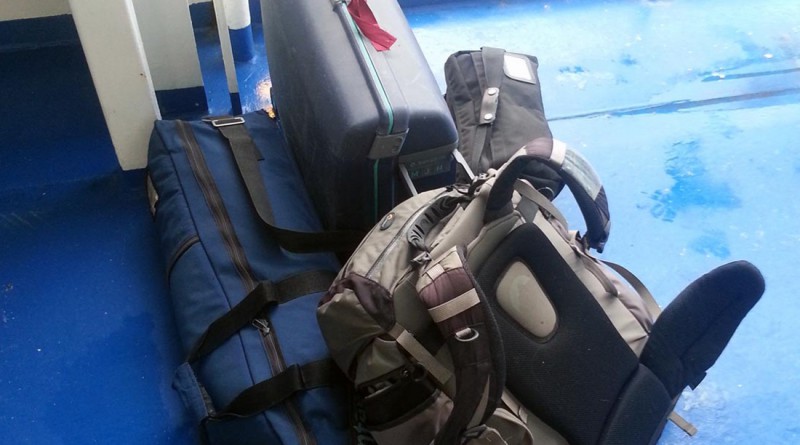 Later that sunday I jumped on the ferry once again and went back over to Finland. At the moment I’m doing some teaching in web design at the local art school in Porvoo. On the evenings I’m busy editing a documentary movie called, Den flygande Holländern, which will be shown on our national TV channel YLE 12.12.2013.

At the same time Joosep continued in Estonia.

The weather changed to the worse, from our sunny -8°C it suddenly rose to something around +10°C and total grey weather with lots of rain. Joosep was scouting around the forests everyday from sunrise till sunset but couldn’t find a single moose in the desired scenery for 5 days.

I came back to Estonia directly after my teaching job ended on friday. We started to go through everything Joosep had seen or not seen in the last 5 days. The result wasn’t great and we even started to feel out of hope at some point. It just seemed to be an impossible task to get any more moose this year. The days are getting shorter for everyday that passes which means that less time being able to shoot and as well longer time for the moose to be active at the night. Moose can easily manage at night time, I would even say that they prefer moving around at that time. Lesser risk to get shot by a hunter or hit by a car.

Even though we had kinda heavy feelings at the moment we went out again in the morning. We split up and sat down at two different places just to cover an bigger area. The result was still like the days before, nothing. It started to rain more heavily and we decided to retreat for the moment. We went back to our base camp in Haapsalu and waited for a couple of hours to let the rain pass. The mood couldn’t be worse, gray, foggy and rainy. We still went back again. We first thought that we would stay together this evening but in the end we decided to split up again. I wanted to check out a bog which is a bit farther away from the road and took only my panasonic camera and a tripod with me. I was thinking of doing some timelapses of the fog at a nice location we had found during our scoutings.

Joosep went to the same place as in the morning. It’s a place where an local stills photographer had put up a salt stone for the moose at a nice location. There has been new tracks after it was put up so we knew that the animals had found the stone and are moving there quite a lot, but as far as we knew, only at night time.

I started my walk to the other location, it takes almost half an hour even though the distance is not that long. A lot of knee high vegetation and very wet and mossy ground which makes it hard to move.

I crossed through a small pine forest between two bogs and that was when I saw it. An older bull with 4 spikes per antler. It was standing in the middle of the bog with it’s back towards me just about 100-200m from me.
I was still so deep in the forest that I couldn’t get any kind of shot from here so I started to crouch forward while unpacking the camera and rigging it on the tripod at the same time. I was able to get as close as something 60m before stopping. Just a few threes between us and i could easily find an opening from where to film.
The bull hadn’t noticed me yet. It was occupied with an old salt stone pillar and was frenetically licking it up and down. Even though the salt stone was long gone it seemed that there still was some salt left impregnated in the wood which the moose was after.

I sat down and made as many different shots as possible and quite soon the moose was satisfied with the licking and walked further away. It was standing in the middle of the bog listening carefully. Unfortunately for me it was of course standing behind a three and some branches, which meant that i had to move a bit to find a new opening to shoot from. I didn’t even have the time to finish that thought before the moose decided to walk back in the forest. after a couple of minutes i moved to another location but on the same bog, where i would have a lot better view and as well be able to hide the salt stone pillar behind a tree.
There I was waiting for the next moose to appear until sunset but no movement at all. Just total silence. 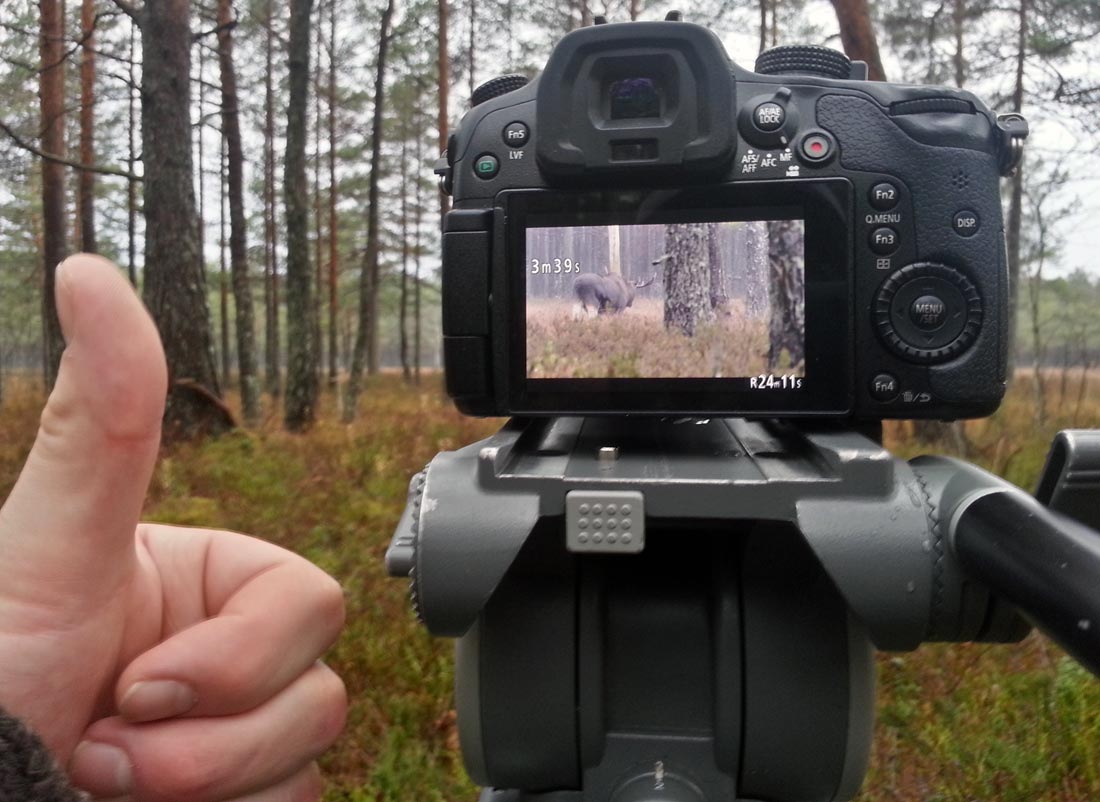 Finally we got something, even though it was only with the panasonic camera, which should be broadcast safe, but okay, this is still a cinema movie, so quality wise the shots might not be usable in the film. But for us personally this was a great relief. We knew now that the moose are back and that they can be active earlier in the evening as well. We found out as well that the area where I were is a non hunting zone, and that’s great news.

With new spirit and a more confidence, we went out again on sunday morning. We saw a moose from the car, but it was deep in the branches by a forest. We still crouched out from the car and rigged the camera but when we were ready the moose had already decided to continue it’s trip in the forest and thus disappeared. A good sign but nothing else. we continued until midday and the weather was just horrible. We didn’t see anything else that morning.

In the afternoon I had to say goodbye again to Joosep and went back to Tallin to catch the evening ferry. Joosep stayed again there for the whole week at the same bogs. It was a bit easier for the mind this time because we now knew the best locations, both moose wise and scenery wise. As Joosep mentioned one evening, that the worst thing is to sit somewhere on a location and see nothing and just wonder all the time that could there be a better location. You can get very restless at times like that. 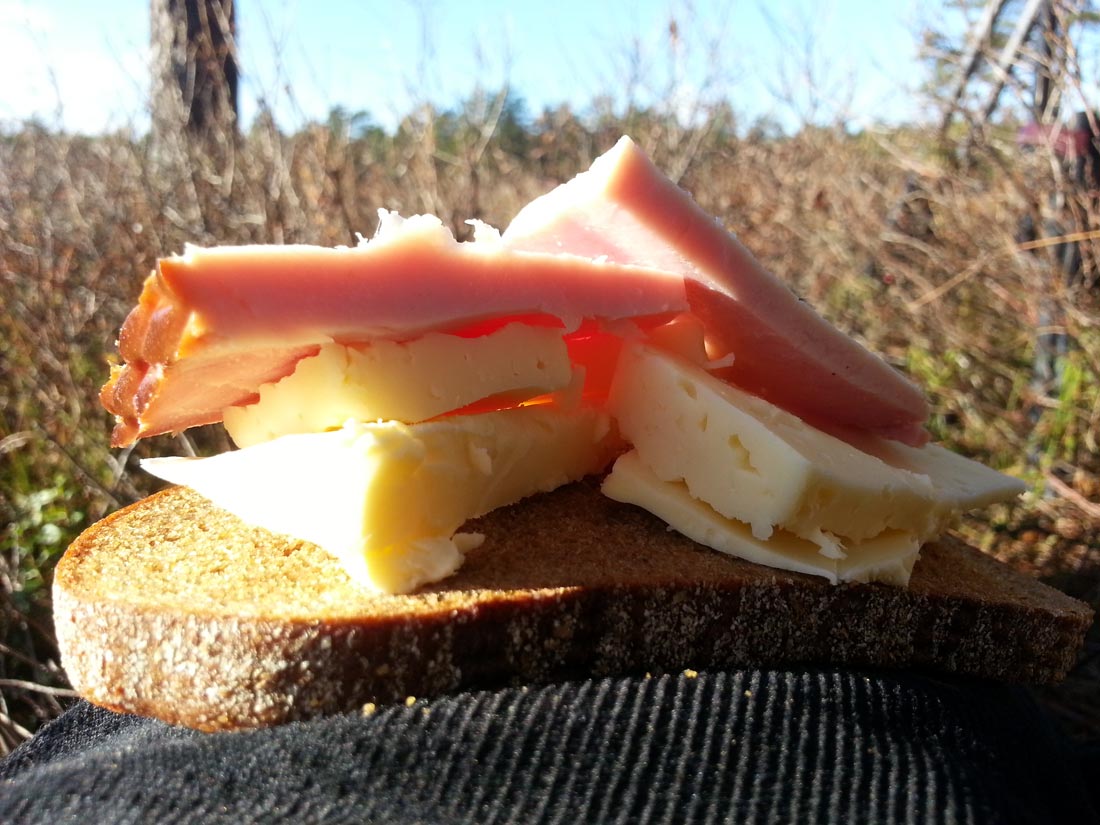 I think it was on wednesday that Joosep called me with some good news. He had got a shot of a young bull practicing fighting with a small birch three in the middle of a small bog. The morning mist was overwhelming and it almost looks like the bull is standing in the middle of some fluffy cream. For once even the light was enough for the RED. He got as well some more shots of moose but they were so early in the morning that the sun hadn’t even risen yet. They are unfortunately very under-lighted.

I came back again on friday as planned and we were thorn between deciding on what to do. should we film the whole weekend or not, would be very nice to go to Joosep’s home city Tartu to spend an evening there after officially finishing the project. We had already been working for 14 days in a row, but the amount of shots were not really in our liking. We decided on staying one more night in Haapsalu and work one more morning and decide again next afternoon what to do. 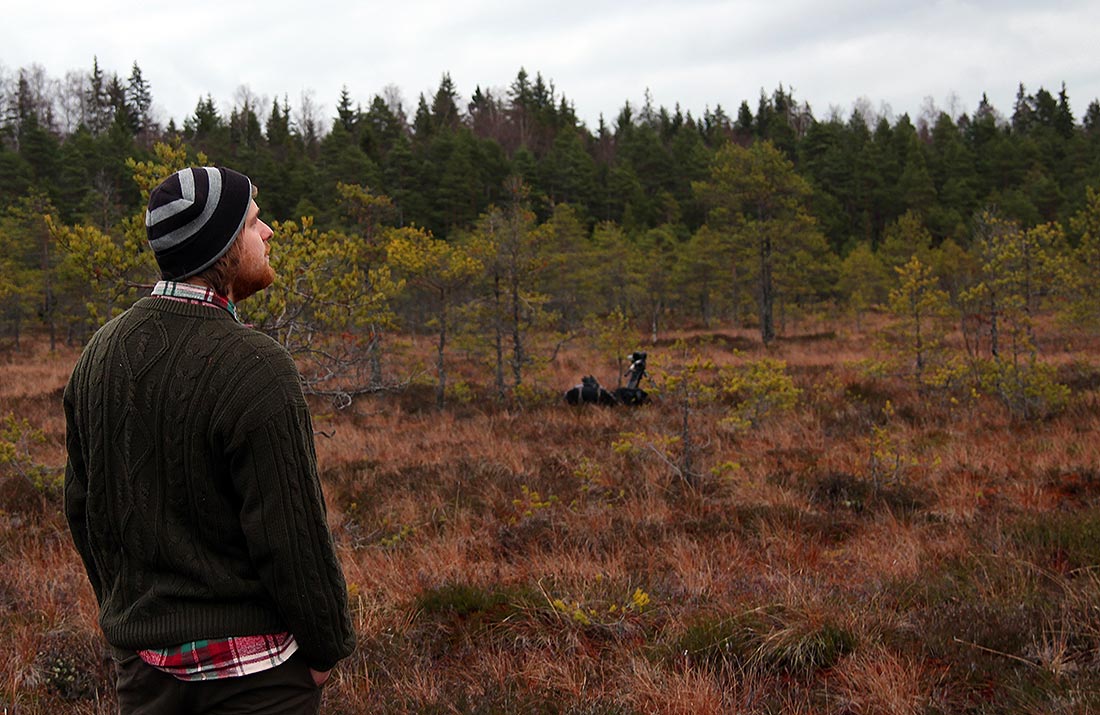 I can’t seem to complain enough about the weather. Just amazing that it can rain everyday for 12 days and it just continues.

We split up again, this seems to be the best strategy to get as much coverage as possible. This time we went both to the same bog where there’s the non hunting zone. the bog is big so we went on opposite sides of it with a small pine three forest between us. I wanted to finally be able to make some timelapse shots of the morning mist on the bog, every time I’ve tried something unexpected has happened, like finding a moose.

Today was a bit different. I rigged up the camera and started the timelapse. I had quite an slow interval on something every third second and knew that this is going to take some while to finish. I was sitting and leaning towards a three and almost dozed of when something caught my attention. It was a huge bird flying up from the forest. It flew silently over the bog and landed in the middle of it in a pine three. It was a Ural Owl. I couldn’t resist filming it and once again failed to do my fog timelapse. With only a stills tripod I tried to do the best I could and even got some shots of the owl in the three and when it flew away. I was cursing myself for not taking the ex3 with me. 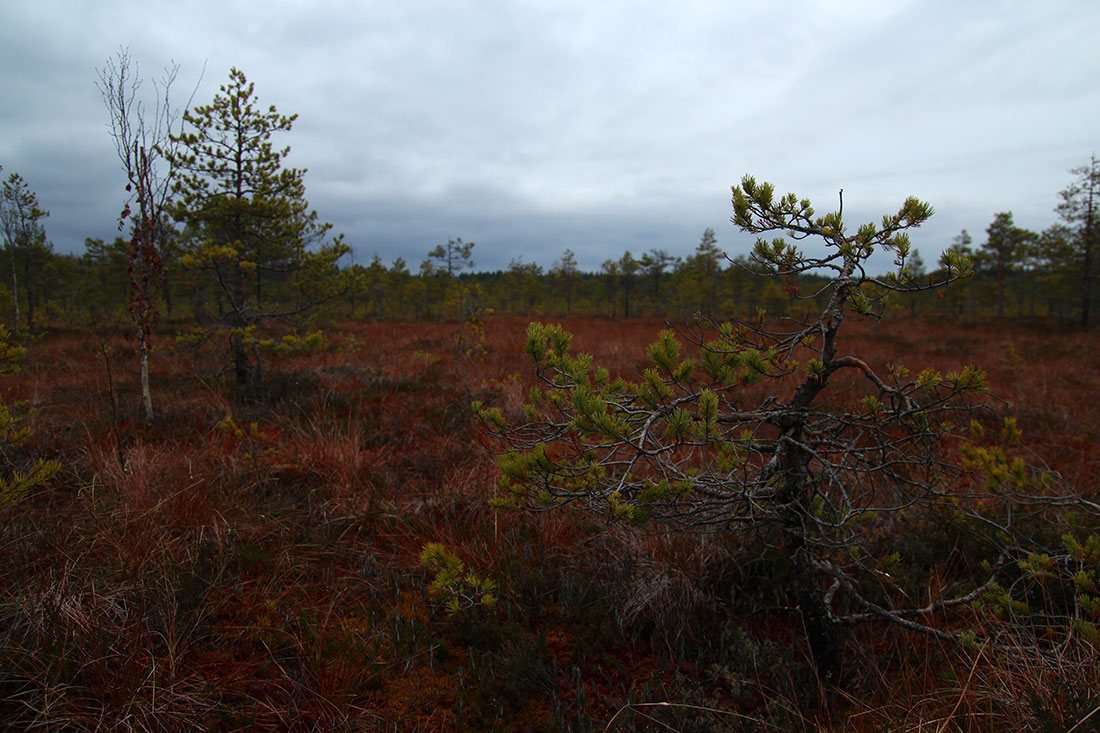 Joosep didn’t get any action that morning and we went to check out another interesting area. It was some kind of a bog with very nice looking birch threes. Just imagine how this would look with proper colorful autumn leaves.

Here was a lot of moose tracks, and Joosep even found an antler which could indicate that this location is a place for over wintering. we even saw a moose quite far away on the border of the bog, slowly walking around in the birch threes. Joosep filmed and got some shots of this. Not really any behavior, more a moose in the frame kind of shot.

Joosep decided to stay there for the rest of the day and I decided to go back to the same old place in case I would see more moose or maybe even the owl again. This time I was better prepared, but as murphys law says, when you are prepared and have all the needed equipment, you wont see anything and when you are looking for something, you wont find it, but when you just happen to be somewhere without your equipment, you will see everything and more than you can imagine. Maybe there’s a way to trick this law? It’s getting disturbing. 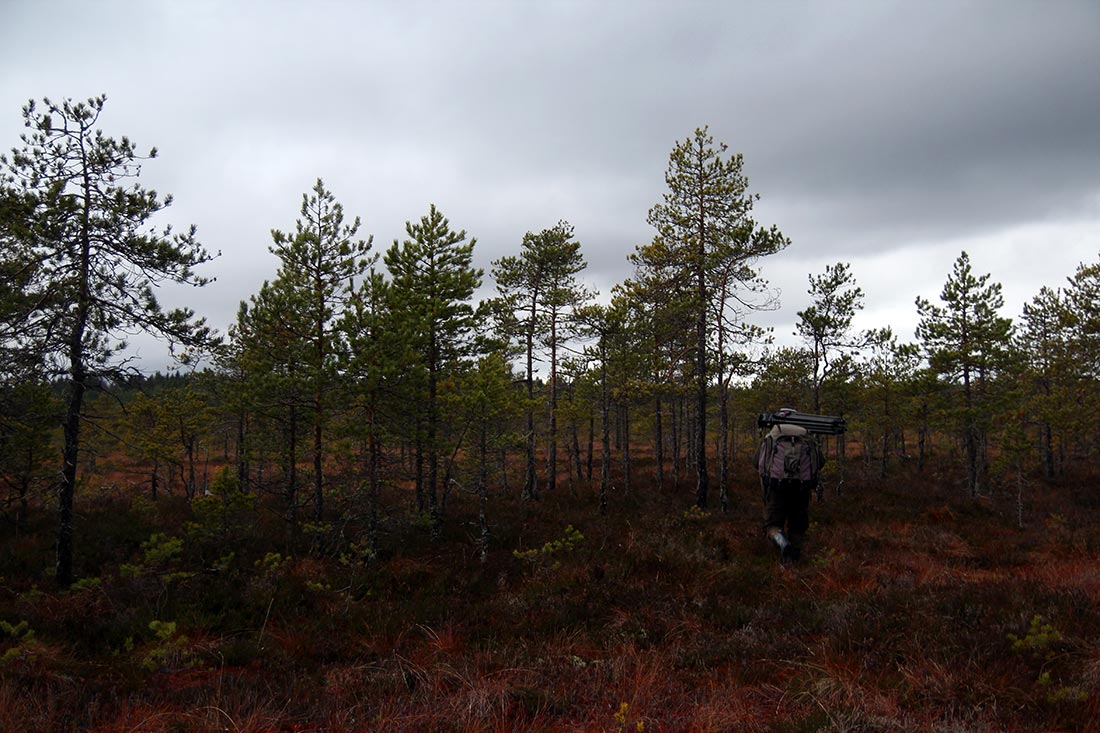 This time it was my turn to be without action. Joosep didn’t have that much better luck either but he got some shot’s of the black grouse in the birch threes.

Again we sat down and tried to decide what to do. And finally we took the decision to stay where we were, just work until the last possible hour and be satisfied with both the effort and the result. So one more night and morning and skipping the trip to Tartu.

As we suspected, mother nature didn’t give us anything more as a farewell present either. Just a mild flue and tiredness.

This is where we officially ended the shootings.

We were supposed to do some realtime sliding shots as well, but due some unfortunate complications the slider didn’t arrive in time. These shots I made a couple of weeks later in Finland.

I will write an other more slider equipment specific article about that.
Here’s a peek shot from it. 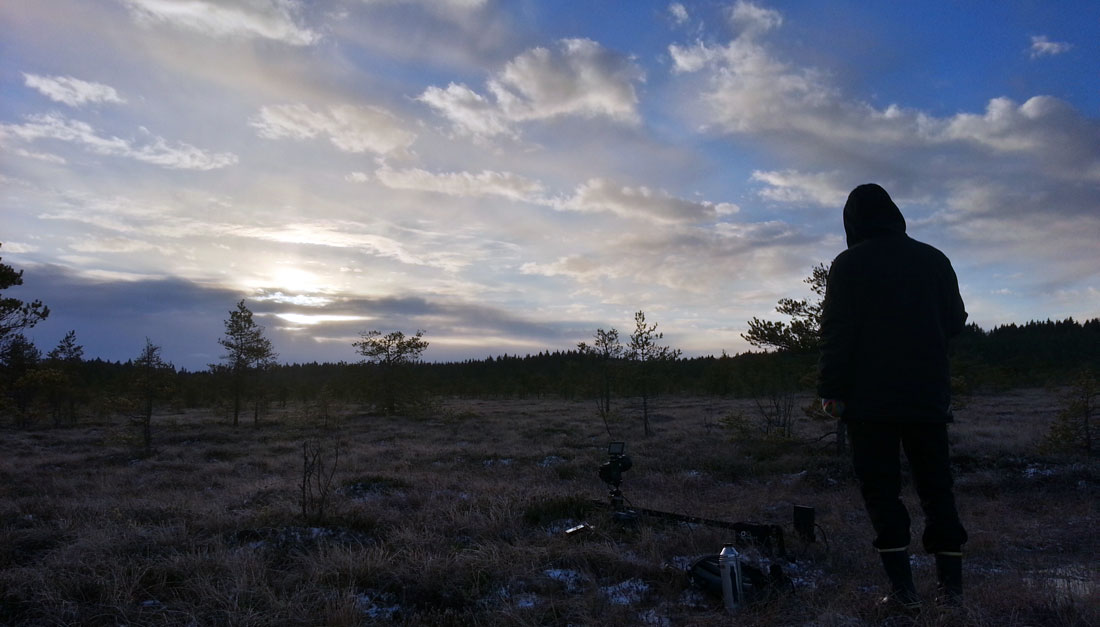 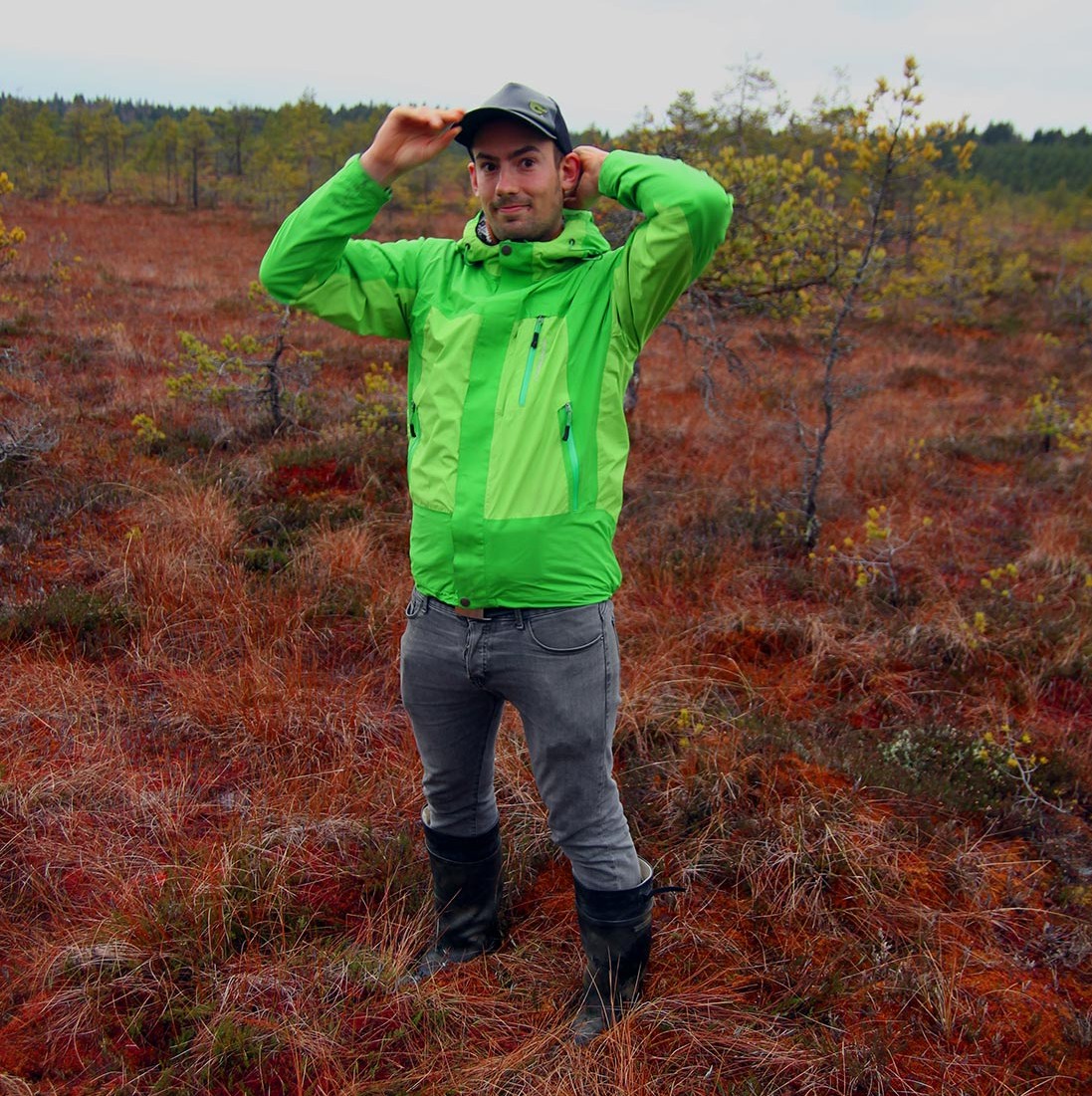